Finished MSc degree at IST in 2009 and immediately after (2010) joined Cerena research center. There conducted research and development in several fields of mathematics applied to geosciences and released open-source software such as Fillworks, ECMWF parser and GEOMS2. In 2014 became Assistant Lecturer for two MSc level courses at IST and by 2016 joined Geovariances as Software Engineer. During the course of almost 4 years, has developed UncerTZ/Isatis.neo Petroleum, as well as designed its brand and visual communication. More recently, in 2019, joined Eyeware as UI\UX Consultant for which it builds end user products related to gaze tracking using volumetric video. Independently it has developed several free Educational Apps for Android and frequently releases online publications and software.

I’ve worked in a research center (in geosciences), as university assistant lecturer, as a software engineer in a company which develops software for scientific purposes, and UX Consultant in software for gaze tracking. I’ve also, at some point, started my own endeavour (with a friend) in building a company to produce digital products for education.

Based in Lisbon. Started working for Eyeware in September, 2019. It is part of my functions to further develop Eyeware products, namely the UI\UX for GazeSense. On the course of my stay at Eyeware I’ve:

Worked in Geovariances, 2016-2019, within a R&D team to develop a new time to depth conversion software within a consortium named UncerTZ. The software has been successfully completed and set to be released early 2019 (Isatis.neo - Petroleum edition). This package will appear inside Isatis.neo, geostatics modeling software, to be released at the same time.

Besides the completion of the main target some other of my achievements in Geovariances include:

In 2014 and 2015 me a friend started a project company named “anteia” with the objective of building software for scientific and educational purposes. A bit more than year on the going we had to halt the project due to lack of funding. However, in the meanwhile several different educational products and demos were released and presented to potential clients.

My employer was IST, an engineering University in Lisbon. This happened in the years of 2014 and 2015.

To have an idea of the program of these courses you can check the powerpoint presentation I used in classes. It’s available for donwload in Research Gate.

My employer was research center Cerena, part of IST University.

I’ve made publications to support education at university level, as well as several articles written for international journals and conferences.

I’ve used mostly vector graphics for a number of tasks related to branding, marketing, aesthetics, user experience, and art. You can check my Behance profile for a better experience in analyzing graphical material (only some of the projects are present in Behance).

I’ve made a number of icons in the past for multiple projects. These are general purpose examples:

And some other examples made in isometric style:

More recently I’ve prepared the icon set for the upcomming software Isatis.neo. This required the creation of images that described abstract operations. For this effect I’ve conceptualized a style which took hints from technical drawing and started making experiments with shades of yellow and orange as representative color. Here are some of the prototypes (some were eventually accepted for the final product):

You can see a better presentation of this project in my Behance profile.

Although not an area for which I have a lot of experience I did design and develop a number of graphical products marketing related. 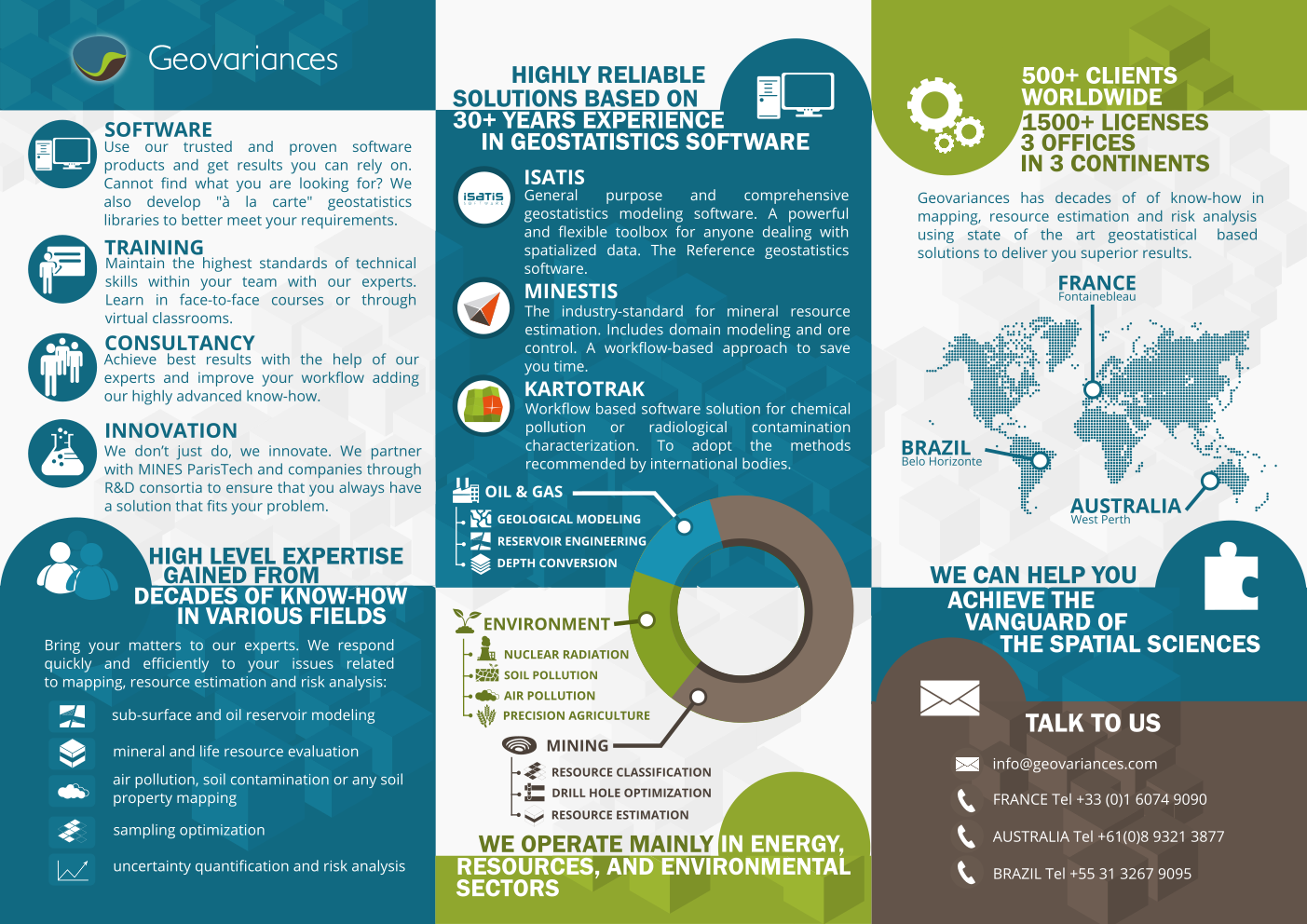 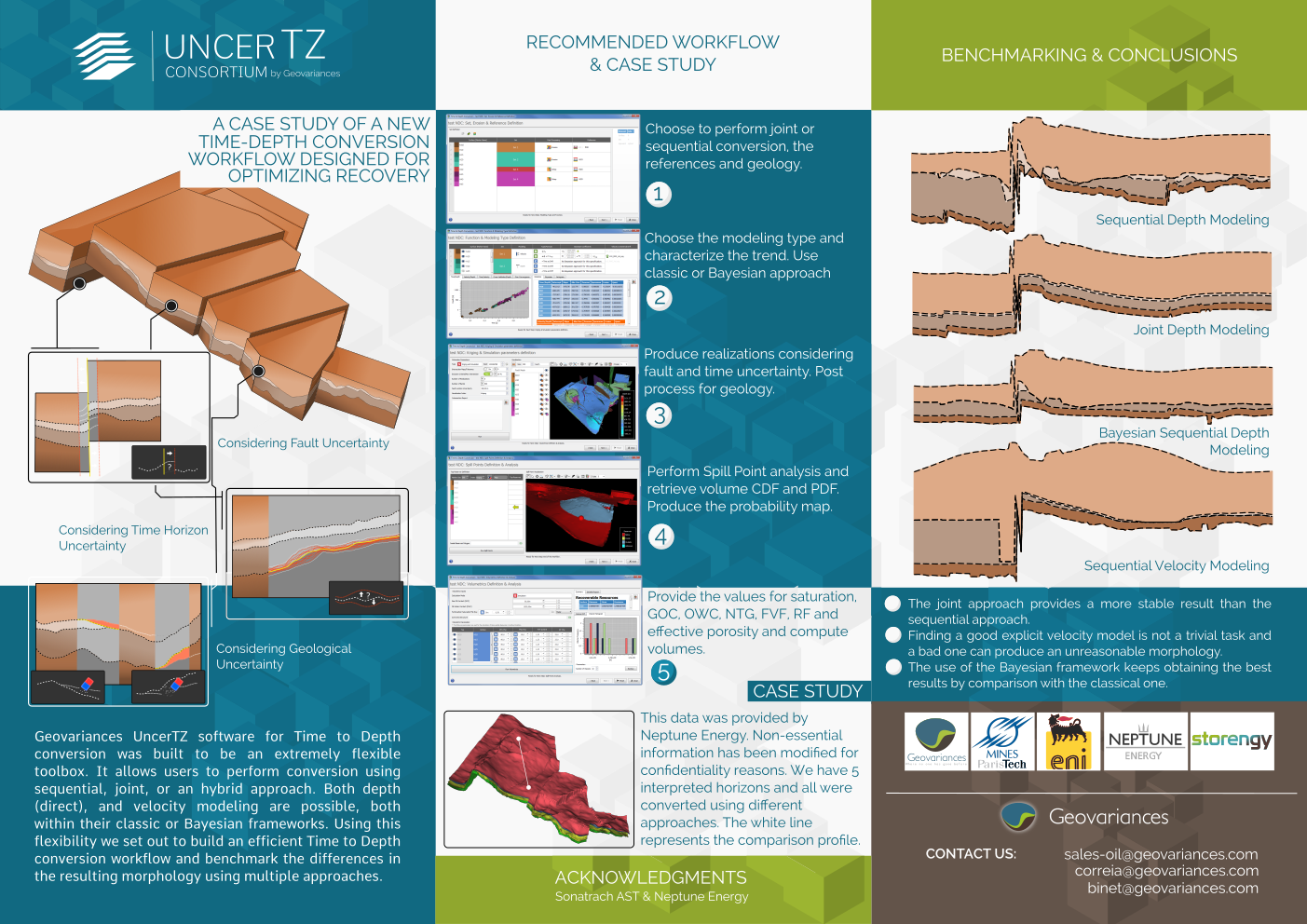 This flyer was developed as a two sided foldable, one side being of scientific nature (a poster in an international conference), the other corporate.

You can see a better presentation of these projects in my Behance profile.

I’ve published a number of works in international conferences and a few educational projects.

The following is a static image of the poster A Case Study Of A New Time-Depth Conversion Workflow Designed For Optimizing Recovery presented at ECMOR XVI - 16th European Conference on the Mathematics of Oil Recovery. 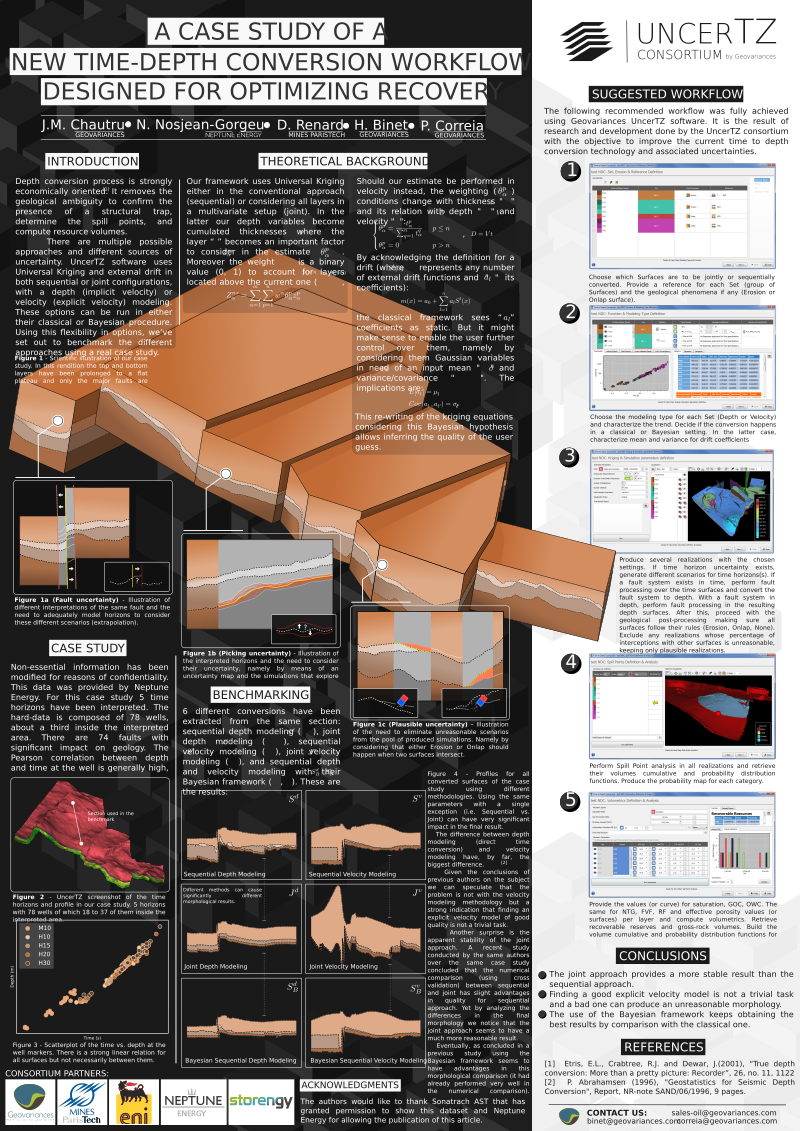 The following is a static image of the poster Proper Systemic Knowledge of Reservoir Volume Uncertainties in Depth Conversion presented at Closing the Gap III - Advances in Applied Geomodeling for Hydrocarbon Reservoirs. 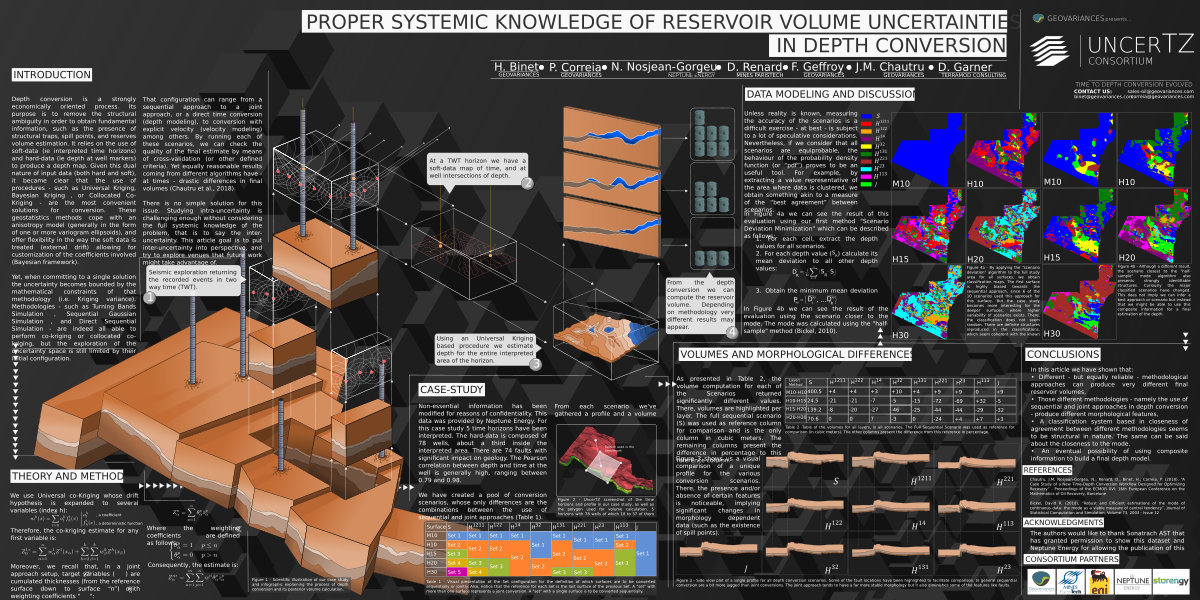 These screenshots are from a demo presented to a book publisher in Lisbon that specialized manuals for the Portuguese language: 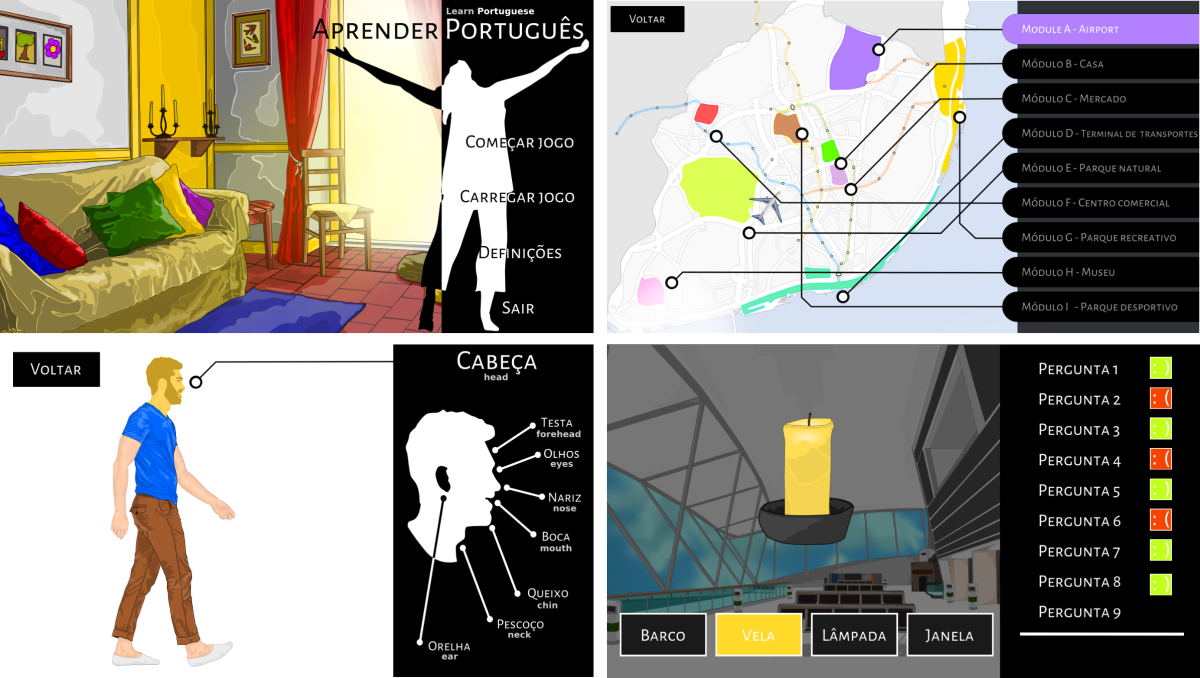 These screenshots are from a demo made to be presented to an university hospital in Lisbon: 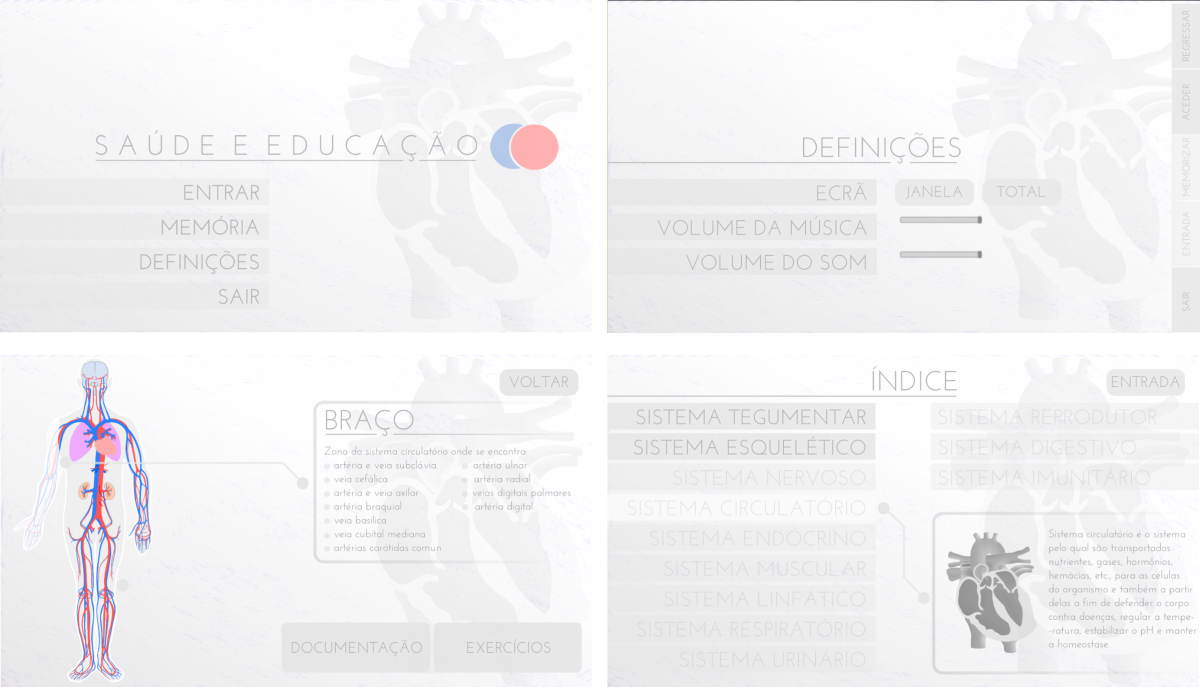 This is a built set of screenshots from the proof of concept of a point and click game which had a lot of vectorial art with sprite and programatic animation. 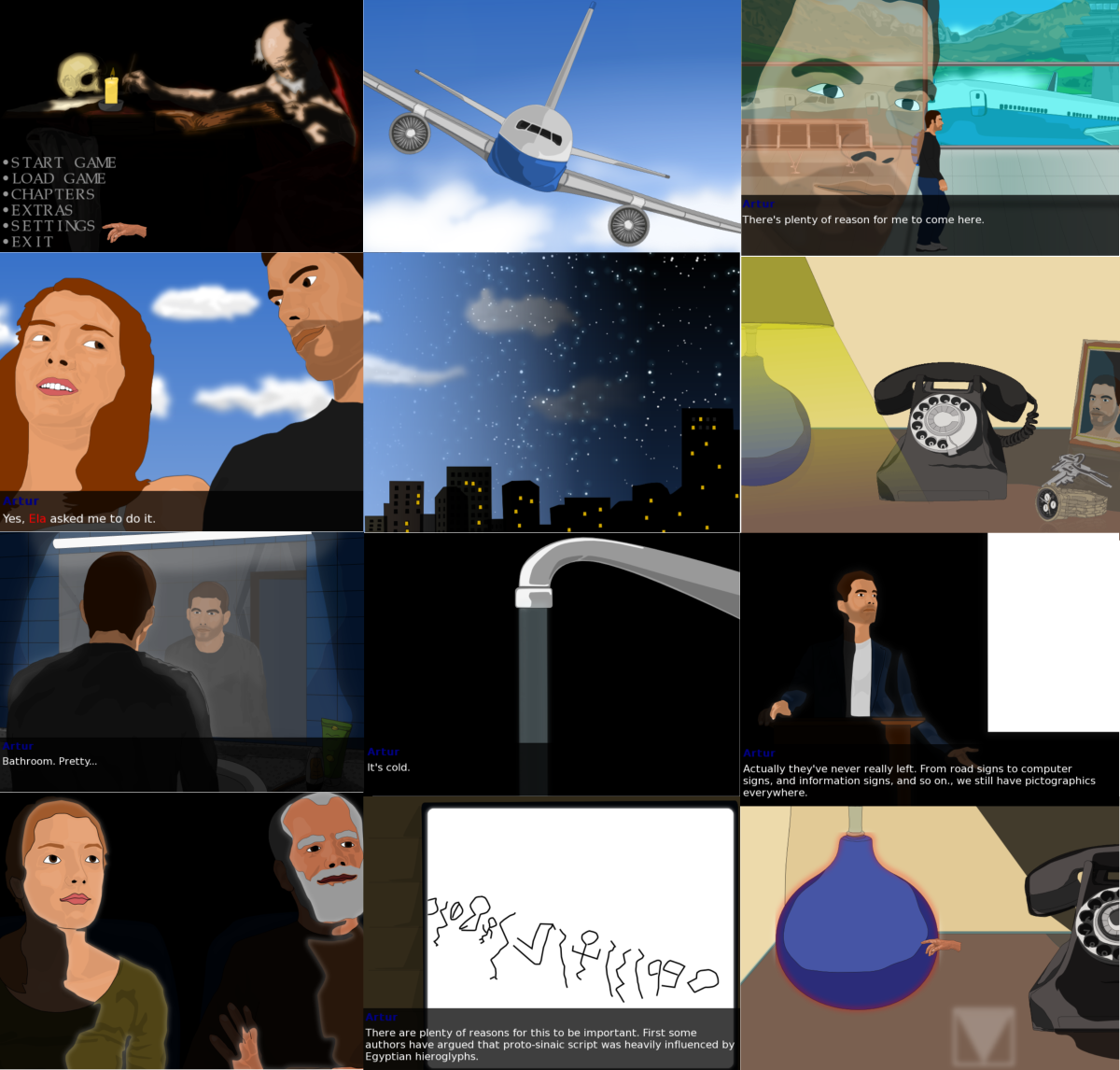 Finally here is an example of some of the art for the series of “Oscar” games (a cat) which includes one of the release titles and one that was being prepared when we finally decided to end anteia:

This section serves to provide examples of some widgets I made either in prototypes or for production. All of them were implemented in Qt (either directly in C++ or Python for the prototypes, eg PyQt or PySide).

This is an implementation I made in Qt for a switch button very tipical in mobile OS:

The project actually associated with another to create a kind of toggle button that accepts external widgets. This was created to great simplify the process of defining the inputs of an operation that relies heavily on multiple parameters. You’ll notice that some other customized widgets made to further improve the experience.

The following images are from a prototype to multi-select variables from a file (in our case a type of object that can have other types of objects with different categories):

This final example is the prototype implementation of a Ribbon alike widget in the Qt framework:

This project took some experimentation also to deal with re-sizing the ribbon:

For a better presentation you can check all tracks in my Soundcloud profile.